We were greeted by the same skeptical reaction. "Camping? You are camping?" in a bemused yet curious manner. But it's 5 degrees outside!

We spent four days on the road, camping in various locations. We sneaked into closed campsites, we stayed in touristy sites near the City, rural sites down twisty roads in Germany and even wild camping along the canals of Belgium. Total cost of accommodation = 14 euros.

I can happily say that regardless of how cold it can be, layering does wonders. Admittedly, it was very cold on the first night. My legs that were tucked in the sleeping bag felt like two blocks of cold marble and my head radiated a chill instead of warmth.
I quickly learnt on the second night how effectively a T-shirt, hoodie, fleece, blanket, hats and gloves could insulate really well when used together. Regardless of appearance, I was warm for camping! 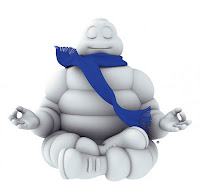 4 nights of camping under the stars. What is camping without eventualities!? On the first night, we misplaced the pegs. Leaving them under the tent and searching for them in the cover of darkness. A plastic fork proved to be a worthy replacement on the first night with the cold yet still weather conditions.

Night 3, I have to admit I found quite terrifying. We approached the campsite around midnight after a organ concert on Halloween evening. The site was closed and gated off. We walked through the site and a barn glowed red in the backdrop. Tall thin trees towered over us with a full moon casting a eery glow across the forested site.
The boys shrugged non-chantantly, conversing of werewolves, zombies and of the crazy people who come out on Halloween night. I had the hiccups while Matt and I searched for the toilet facilities to fill up our water bottles.
"Do you know what gets rid of hiccups really well?"
"What?"
"A big shock!"
"No Thanks!"

As we unpacked the car, I saw a security light blinking on and off inside a building from the corner of my eye. We quickly pitched the tent and crawled inside. I felt as if my senses were heightened. The trees rustled and tent swayed slowly in the breeze. As the time approached 1:00am, thankfully I was able to fall asleep quickly on the Halloween night of our road trip.

Wild camping! Or at least camping not within the confines of a advertised site. On the drive from Ghent to Brugges, we followed a motorway out of the city, following a beautiful canal. It soon became evident that despite the short distance between the two cities, we were a little lost.
We drove passed a pitched tent and a parked car. This instantly created a spark of inspiration. Camping along the canal? For free? Yes please! I was a little worried of setting up our tent randomly, alongside a road. However, any doubts were instantly set aside. A clear sky and the city lights reflected across the canal made a incredible backdrop for European camping.
As we finished setting up the tent, a storm emerged. The tent quivered uncontrollably in the wind as heavy rain fell across our tent. Condensation emerged in the inner layer of the tent and a chill rose from the moisture of the grass. Despite hours within the storm, the tent held up incredibly well.